Xuan Jing Digital is a customer-oriented company. By far, it has help build over 1800+ arcades in China.

VR's mistery and technolgy are always charming to people.

On the opening day, many players went to experience the VR game machines. 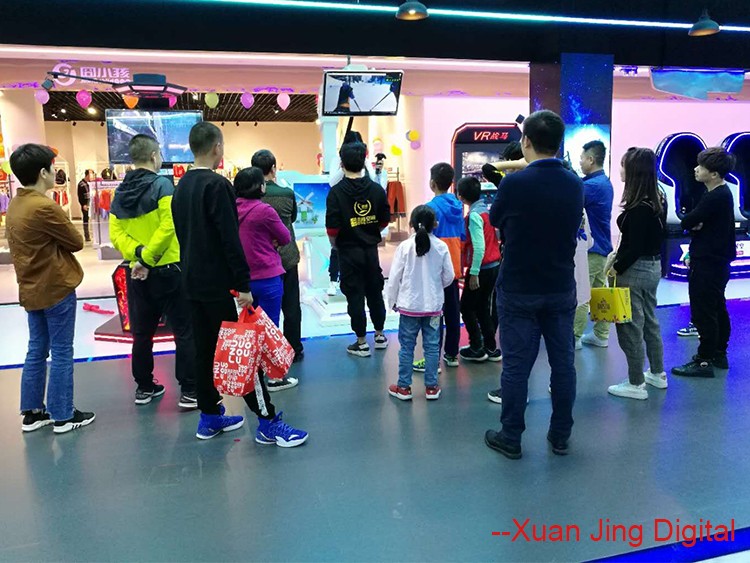 VR Horse is a machine simulate the motion of the horse riding sports, with the VR headset on the head, player can see the views changing just like really riding a horse. What's more, players can also interactive with the games.

VR Skiing is a sports game. It combine the VR amusement of sports exercise. Player use the handcontroller to ski in the virtual world.